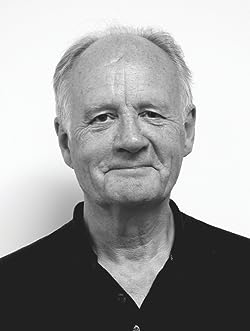 Thesis: “In summary, the essential elements of divine providence are these.  God preserves his creation and all that it sustains” (Helm 22).

Risky: Open theist view.  God can’t be omniscience on this view, per Richard Swinburne.  Or rather, his omniscience is only to actions in time

If the “risky” view obtains, then it appears that God has a number of beliefs which are false (given the free actions of humans).

God’s will.  We have to make a distinction between God’s will of command and will of decree (47).  On the ‘risk’ view God’s decreeing any human action is inconsistent with that actions being indeterminately free (49).

There is even a problem with God’s goodness:  given that God wishes to be good to people, how intense can this goodness be, given the free actions of humans?  I don’t think this objection is particularly strong. Part of the battle in our spiritual life is that we often resist God’s blessings.

Solution of divine accommodation.  Per Calvin, the movement of direction is from God to mankind, and not vice-versa (52ff).  It’s not simply that we are choosing the “sovereignty” passages at the expense of the risky ones.  Rather, it “is a logically necessary condition of dialogue between people that those people should act and react in time” (53).  However, omnipotence and omniscience are essential properties in God; therefore, they have priority.

Free knowledge: things as a result of God’s freely willing them.

Middle knowledge: among the conditional propositions that God knows “are those which indicate what would happen if an individual performed a free (ie. non-deterministic) action (57).  God only actualizes the outcomes necessary to his plan. The rest are human possibilities (which God knows).

Difficulties:  it looks like on the MK account that the universe has a “shadow picture.”  Another problem is that God seems to only have knowledge of a mirror account of the universe, and never an actualized account (59).

When we say God existed “before” the universe, we are using “before” in a hierarchical, not temporal sense.

Pantheism:  if the universe is God, and an individual performed a certain action, then logically God performed that action.

Deism: few today would hold to Deist temptations, and it is a diabolical worldview, but it is a much tougher opponent than pantheism.   If the universe was created good, then why does it need miracles?  Indeed, in a nice phrase, miracles are “a metaphysical first aid kit.”  There are some obvious problems with Deism.  Helm lists a few:

a) it is an obvious dogmatism (76).  Why don’t miracles exist?  Because they don’t.
b) it is not obvious why the Spirit-filled believer must define miracles as “violations” or “interventions” of nature.  Indeed, in an open-universe why wouldn’t we expect miracles?

This is the familiar problem if God knows all things, then why pray? Helm doesn’t really solve it, but he does provide a number of clarifying insights that allow us to better approach the issue. Our praying to God exists within a personal matrix within which are a number of smaller issues.  If I take out one of those issues, then the matrix changes.

Further, there can be legitimate inter-personal interaction yet there be pressures, limitations, and givens, even in human-human relationships.  Why not so in God-man relationships?  Therefore, I can pray, and it be real prayer, and God answereth it, yet it still be ordained.

This is more of a philosophical than a theological text.  As such, there isn’t much exegesis of key passages.  To be fair, though, that would have made the text unwieldy.  Nonetheless, Helm nicely covers the issues and provides a number of clarifications.