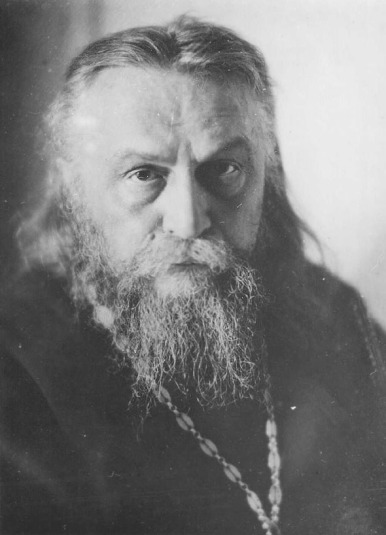 Bulgakov begins with a survey of how the early fathers understood the Holy Spirit. He goes a step beyond the typical statements that no one called the Spirit “God,” not even Basil. Bulgakov’s point is that no father had an in-depth pneumatology of any sort, and this would be a huge problem for Orthodoxy in the Filioque debates. He chides Roman Catholic thinkers for reading Filioquist doctrines into early Fathers, for example when the Fathers say the Spirit is ek tou hiou or dia (from and through). It’s a highly strained reading to think they are advocating what was taught at Florence and Lyons. And again, this underscores the problem: what did the Fathers mean by these statements? We really don’t know, since they don’t say.

Monarchia of the Father: Dangerous and Undefined

Bulgakov is insistent we maintain the doctrine of monarchia, the Father as the principle of the Godhead. He notes, though, that when guys like John of Damascus refer to the monarchia, it’s not clear what they mean. How does John use the term cause? He oscillates between two positions: cause of the other two persons of the Godhead, but this moves close to Arianism, which John rejects. He maintains the equi-eternity of the persons. One cannot get past the idea, though, that John is using cause in terms of origination.

Was there doctrinal development? This is particularly evident in the doctrine of the Holy Spirit. Someone could respond, via Basil, that Basil said the unwritten tradition always said the Holy Spirit was “God.” Besides begging the question, that’s not really what Bulgakov is getting at. The early Fathers did not develop a thorough doctrine of the Holy Spirit, leaving a lot of prepositions unqualified which later Latin writers would exploit. For example, when Photius argued that the spirit proceeded ek patre monou, and claimed that such was the tradition of the Fathers, Latin writers quickly made short work of that: numerous Fathers said at the very least that the Spirit proceeded through the Son. I don’t think that’s a Filioquist reading, but neither does it line up with what Photius said.

Bulgakov points out that both sides had the same presupposition: whatever one may discuss about the Holy Spirit and his relation to the other persons of the Godhead, it will be primarily in terms of his origination from either one or both persons. In either case, one is left with a dyad and never a triad: if the Father alone generates both Son and Spirit, then we have Father and Son/Spirit; or if we take the Filioquist route, we will have Father/Son and Spirit. Bulgakov notes that no side really got to the intratrinitarian relations.

By contrast, Bulgakov sees the essence of God in a new way, free from Hellenistic constraints. God is Spirit (John 4). God is Love (1 John), and Bulgakov suggests that God’s being is love. This definition points to three-ness and here Augustine was on the right track: Love implies more than one (and stop the analogy right there!). Therefore, God’s essence is Spirit-Love (Bulgakov, 61).

The Hegelian overtones are heavy in the next few pages, and is my favorite part of the book. Bulgakov writes, “The Son then is the hypostatic self-revelation of the nature of the Father (Hebrews 1:3)…the self-consciousness or hypostatization of the divine ousia of the Father; the Son is present before the Father as his Truth and Word” (63). Bulgakov notes that these hypostases are mutually defined through their relation in the divine ousia. The Father is not only revealed in his ousia through the Son, but he lives in said ousia by the Holy Spirit.

I know that sounds weighty, but it’s really not. In biblical revelation we understand God the father to be the first person of the to-be-yet-revealed-Trinity. In the New Testament we see Jesus saying, “If you’ve seen me, you’ve seen the Father” (Jesus seems to be making positive affirmations about knowing God, contra the later tradition). We know that when Jesus ascends, the divine life lives in the church through the Holy Spirit. At this point this is simple Sunday School stuff and Bulgakov has nicely tied it together.

2 thoughts on “Sergius Bulgakov: The Comforter”