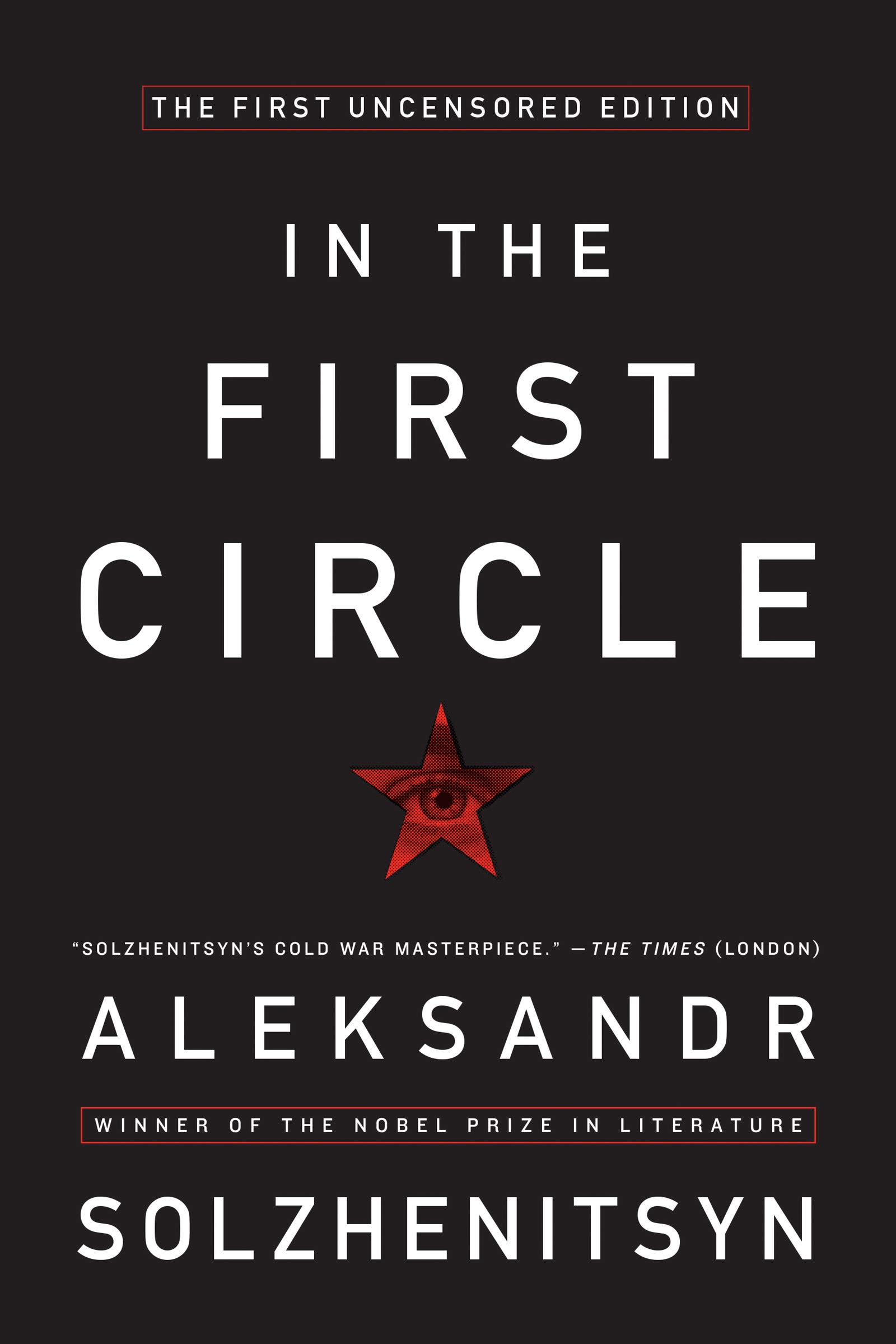 In 1968 Aleksandr Solzhenitsyn published an edited version of In the First Circle, titled simply First Circle.  He knew the full novel would never pass Soviet censors.  This is the full novel. This book is the triumph of the human spirit and the expose that scientific and state socialism is pure evil.

The key event is not the phone call to the US attache about the atomic bomb.  Rather, it was when Gleb decides not to join the mathematicians’ “inner ring” in prison.  Truth be told, it really isn’t even that important a decision. However, it is a decision big enough to let him find his humanity.

Each chapter or collection of chapters is about a key character.  In this Solzhenitsyn also describes his historical methodology (i.e., “nodal points”). As Sologdin says, “Think like a mathematician.  Apply the nodal points method….Get an overall view of Lenin’s life, spot the main breaks in gradualness, the sharp changes in direction, and read only what relates to them.  How did he behave at those moments? And there you have the whole man” (181).

One of the key themes in this book is the resistance to reducing everything to material and economic factors. In his intra-novel novella on Stalin, Solzhenitsyn notes Stalin’s problem with language: is language part of “base” or “superstructure?”  In Marxist theology (and it is a theology), the economy is the base. The social phenomena is the superstructure. Language isn’t a mode of production, so it can’t be the base. However, it’s not clear how language functions as a superstructure, since language is more foundational than that. Superstructures change and can be discarded.  Language may adapt, but it never disappears.

Continuing this critique of Marxism, and the Marxist dictum that being (seen as economic forces) determines consciousness, the protagonist Gleb, not yet converted is rebuked: “If that were true, life wouldn’t be worthwhile….why do lovers remain faithful to each other when they are parted?  ‘Being’ demands they be unfaithful! And why do people in exactly the same circumstances, in the same camp even, behave so differently” (333)? The interlocutor goes on to note that we all have an inner essence.

Is Marxism even a science?  Rubin and some other guy have a fun conversation (483). Marxism claims its whole doctrine is derived from the nuclear concept of commodity and stems from the three laws of dialectic.

A scientific law must give direction and coordinates.  Revolutionary progress does not do this. Key problem: does the Marxist “negation of the negation” always take place in the course of development (489)? How do we know when to expect it?  We don’t. Even the Marxist Rubin admits that you can’t move from “the dialectic themselves to concrete analysis of phenomena.”

Here is the obvious problem with these three laws: there is no evidence they apply in the social realm.  The fact that water changes to steam has nothing to do with the bourgeoisie changing into the proletariat.  Nonetheless, the Marxist lecturer gives a good overview of Marxist metaphysics (and it is a metaphysics). “Matter alone is ultimate” (646-648).

Gleb comes to a different realization.  No ideology can change society. Progress doesn’t mean material progress.  Something else is needed. He comes on the truth almost by accident. He tells his friend Gerasimovich that they need to get the information out.  Ger. counters, “I thought you didn’t believe in radio or progress.”
Gleb: “No. They can jam it.  I’m saying that maybe….a new means will be discovered for the Word to shatter concrete.”
“But that completely contradicts the laws of resistance to materials.”
Gleb: “Not to mention dialectical materialism. So what? Remember ‘In the Beginning was the Word. So the word is more ancient than concrete. The Word is not to be taken lightly” (672).

“….Ozerlag, Luglag, Steplag, Kamyshlav…:”
“Makes you think there’s some unrecognized poet sitting in the ministry of State Security. He hasn’t got the stamina for whole poems, can’t get it together, so he thinks up poetic names for prison camps” (10).

One of the more moving climaxes of the book is when Gleb Nerzhin realizes that “the People” is an abstraction created by the Party elites.  Only your soul, not Party leadership, not Revolutionary dogma, can admit you to humanity (496).

Another fun development is when Gleb speaks with the half-blind Spiridon.   Gleb wants to see the real people, and not a socialist abstraction. He gets Spiridon, and what a joy Spiridon is. Spiridon’s criteria for morality is fairly simple: “He spoke ill of no one. He never bore false witness. He killed only when at war. He wouldn’t steal a crumb from any person, but he robbed the state whenever opportunity afforded, with a cool conviction that it was right” (505).