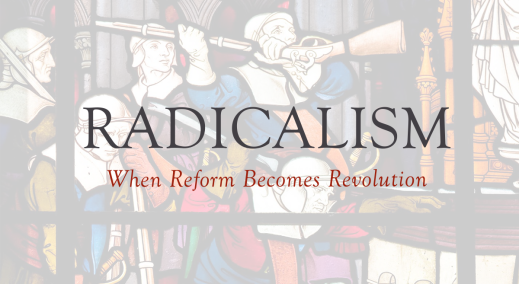 Hooker’s argument is that when you “want to reform the church according to the word of God:” given the lack of some clear precepts and patterns, you are going to have people who a) believe any deviation from the RPW is sin, b) some who believe a) will nonetheless have different practices, which leads to c) they, too, are necessarily in sin.

On one hand he is correct.  This is exactly what happened in history.  On the other hand he completely misses his target.  He labels those who think like this as “Presbyterians,” since they are following Knox and Calvin.  Historically, however, at least in England, the true radicals were the Independents. Presbyterians in England (and Scotland!) never really had the political competence to hold on to power.

Here is a survey and structure of Hooker’s argument:

(1) The “Radicals” have nowhere shown that the Established are breaking God’s law in their liturgy.

(2) The radicals sought to get as far away from popery as possible.  This ultimately lead to getting rid of the Lord’s Prayer et al in the service.  Anyone who disagreed was “disobeying the will of Christ” (2.2).

(3) Instead of civil authorities having authority in the church, we have lay leaders who have close to the same amount of authority.  Further compounding the problem, and Hooker doesn’t specifically make this argument, what if leaders in the community, yet not actually holding office, are also church leaders? This isn’t all that different in the end.

(4) Hooker asks where Scripture teaches the entire “Presbyterian package” (2.7). You can’t point to verses that teach “rule by elders.”  That’s not the issue. The problem is where are the elders’ session to report to a presbytery which reports to the Assembly?

(5) This next argument isn’t a knock-down argument, but the radical types need to consider it: how come no church body in history (over the long term and in the mainstream) ever held to Calvin’s type of government?  While Rome, EO, and Canterbury view bishops differently, they at least hold to episcopalian government as a given–and this was a given since the earliest days.

(6) Related to (4), we can’t say we are following Scripture simply because Scripture doesn’t give us an outline of First Presbyterian Church, Colossae.  Nor does it give us an order of worship.

Hooker’s arguments simply show the difficulties in some hyper-Reformed views.  He doesn’t in the preface give an argument for his own position, nor does he offer any knock-down logical arguments.