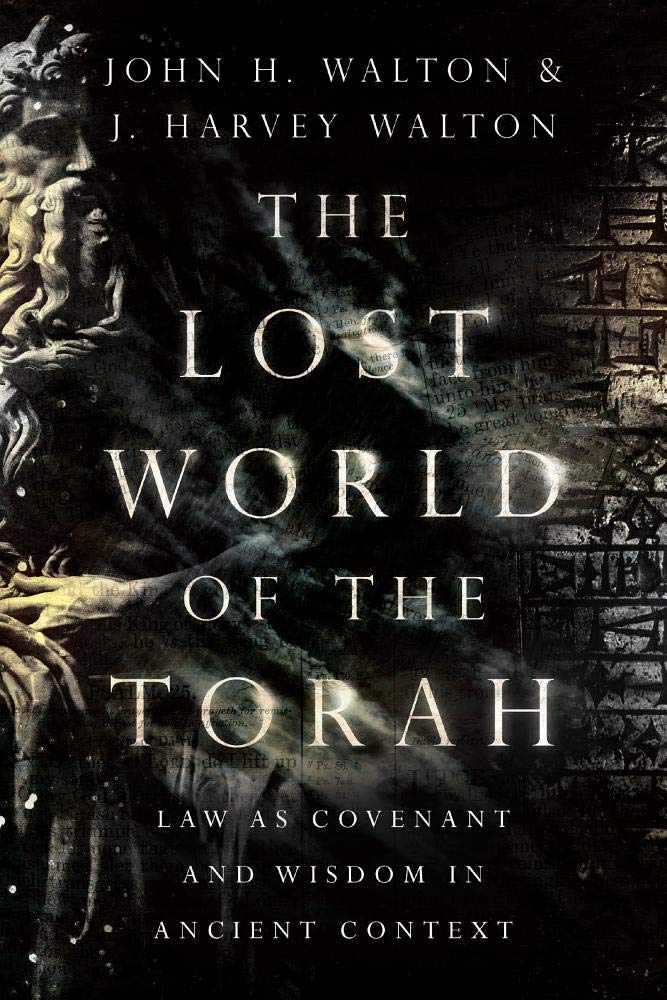 This book isn’t as “revolutionary” as perhaps Walton’s critics and fans think it is. There are a number of things he isn’t saying:

In short, Torah revealed Yahweh’s order in society.  It addressed threats to order, and in that revelation it teaches wisdom, not a format for OSHA codes.

Thesis: Order is achieved through the wisdom of those who governed society.  Our primary task in studying Torah is not to make it an updated version of the Congressional Register, but to see how it embodies (or is embodied) order in society.

Proposition 1: The Old Testament is an Ancient Document

Walton faces a stiff challenge:  he correctly notes the embeddedness of much of Torah, yet he wants to affirm its relevance for us today.  Can he do that? He suggests the use of a “cultural broker,” a person an analogue who can help us make sense of commands like “Do not wear clothes of wool and linen woven together.”

Proposition 2: The Way we think about Torah today is conditioned by how we think law and legislation work.

Walton notes, correctly I think, that Hebrew “legal sayings” include legislation and instruction.  These are two distinct speech-acts with different expected responses.

Proposition 3: Legal Collections in the Ancient World are not Legislation

Key idea: What did legal sayings in the ANE look like?  Does the “Law,” whether Hammurabi’s or Moses’s, cover every legal aspect of society? Walton argues that judges in the ancient world, more often than not, used their intuition.

These lists are aspective.  They contain a wide variety “of aspects pertaining to a topic.” A collection of legal lists would teach the king or judge how to be wise in a ruling.  Walton suggests it is like the “practice problem” in a math textbook. It teaches you how to do something, but the individual problem isn’t the standard for all further deductions.

Proposition 5: Torah is similar to these legislations and therefore teaches wisdom

An example that Torah functioned also as wisdom is David’s (unwitting) response to Nathan’s parable.  He says the man must die but he also must pay fourfold.

We are told to keep (smr) his commands (mitzwot). These commands occur often in Wisdom literature, which is concerned with order.

Proposition 6: The Israelite Covenant functions as an ANE Suzerainty Treaty.

Thesis:  these treaties sought to teach wisdom and explain what the regent may or may not do; it wasn’t a comprehensive legislation.  The suzerein’s stipulations were more of “extending his identity” than imposing a piece of legislation (Ezek. 36:22-24).

Proposition 7: Holiness is a status, not an objective

In Lev. 19:2 God’s people are called to be holy (indicative, not imperative).  It is more along the lines of “You Will Be Holy.” The Hebrew qds can mean:

* a constellation of all that is associated with Yahweh (the ark, temple, Mt Sinai, etc).

Proposition 8: ANE rituals served to meet the needs of the gods

Thesis: rituals provide the means by which order is maintained.  I agree with what he is saying but he didn’t offer any argumentation or have any textual support.

Proposition 9: Israelite ritual maintains to preserve covenant order because Yahweh has no needs

At this point there is a clear break between ANE societies and Israel.  Yahweh doesn’t need to be pampered. Therefore, the ritual exercises maintain a different status quo.  These rituals serve the role of a tribute. It served the purpose of revelation: it revealed (among other things) Yahweh’s order to the world.

Walton points out, but does not develop, that kipper rarely has “person” or “sin” as its object.  It is rather to restore the cultic equilibrium.  It’s not so much that it forgives sin but it allows a person to be forgiven.

Proposition 10: Torah is similar to other ANE codes because it embodies the same cultural context.

This is tricky.  On one hand, it is true by definition.  We don’t live outside space and time. It also makes sense that legal wisdom (or wisdom in general) would bleed through national boundaries.  On the other hand, as Walton admits, establishing that x borrowed from y is very difficult.

Proposition 11: The differences between Torah and ANE codes are found not in legislation, but in establishing order

Unlike other law codes, Torah is concerned with holiness and covenant.  Yahweh, who is holy, has taken to himself a people who are now holy. How should they live?  He gives them Torah to define the nature of the order which reveals himself.

Proposition 12: Torah is situated in the context of the ancient world.

Proposition 13: Torah is situated in the context of covenant.

For many laws in Torah, even if they are functioning as law, they are apodictic, not casuistic.

Proposition 14: Torah is situated in the context of Israelite theology regarding God’s presence residing among them.

Propoition 15: Discussions of the law in New Testament context do not tell us anything about Old Testament Torah in context.

Proposition 16: Torah should not be divided into categories to separate what is relevant.

Speaking of the debt-slavery in the Old Testament, Walton notes,

Taxation in Torah times was based on goods-and-barter system, as coins weren’t minted until the Persian period. Therefore, Torah isn’t talking about monetary taxation, giving principles for or against, but warning rulers not to trust in their own strength (as measured by goods).

Proposition 18: Divine Instruction can function as a metaphor for health rather than law

Proposition 19: We cannot gain ethical knowledge by reading Torah apart from its culture.

His basic claim is the difficulty in finding out which passages contain moral (and only moral) principles and which are ceremonial.  The immediate counter is that “Thou shalt not kill” seems fairly moral.

He isn’t saying we shouldn’t go to Torah for ethical wisdom.  He means only that many of the passages don’t neatly fit today.  He has an excellent discussion on Deut. 24:1-4.

Some Thoughts on the “Ten Commandments.”