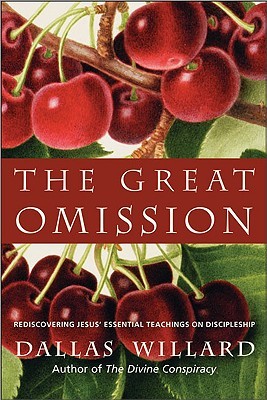 Thesis: Discipleship is the modern omission from the Great Commission.

He has a beautiful chapter on “solitude” and “silence.” My only concern is that it is completely unworkable to anyone who has kids, a job with pressing demands, or both.  (I remember I first read this when I was trying to get my 3 year old to sleep).

Towards a Christian Anthropology

In technical language, Willard is a soul-substance dualist, which is generally the Christian position. “The soul is a substance in that it is an individual entity that has properties and dispositions natural to it, endures through time and change, and receives and exercises causal influence on other things” (Willard 139).

“We have knowledge of a subject matter when we are able to represent it as it in fact is, on an appropriate basis of thought and experience” (140).

It is the source of life (143). The spirit is a central part of the soul, the part of determination (is this what Dabney called connative powers?). It is the heart or will. This isn’t trichotomism, though. Trichotomism sees the spirit as a separate entity. This view sees it as a subdivision of the soul.

The Good in the book

Logic as a spiritual discipline. This was a wonderful chapter, “Jesus the Logician.”

It requires the will to be logical (182).  It is freedom from distraction and willingness to follow truth wherever it takes

We are Committed to logic as a “fundamental value” (183). Jesus uses enthymemes. He understates logical points which require the hearer to draw the conclusion–psychologically, this was a very effective move.

As noted previously, his take on anthropology and its suggestions for a Christian psychology was wonderful.

Per Laubach: language of ascent to God (200). This is chain-of-being ontology. Note how the Christian “logic” works. We do not ascend to God. Christ descends to us. I understand that “inner” language has Augustinian precedents.

Nota Bene: I am more appreciative of Laubach now than when I first read this.

This theme is heavier in Teresa of Avila’s Interior Castle. The “rooms” are ways of living in relation to God. Interestingly, Willard notes that this book has become an interfaith manual. Ironically, or perhaps precisely because when the spiritual life becomes “mystical absorption into the One,” then why does it really matter which “One” it is?