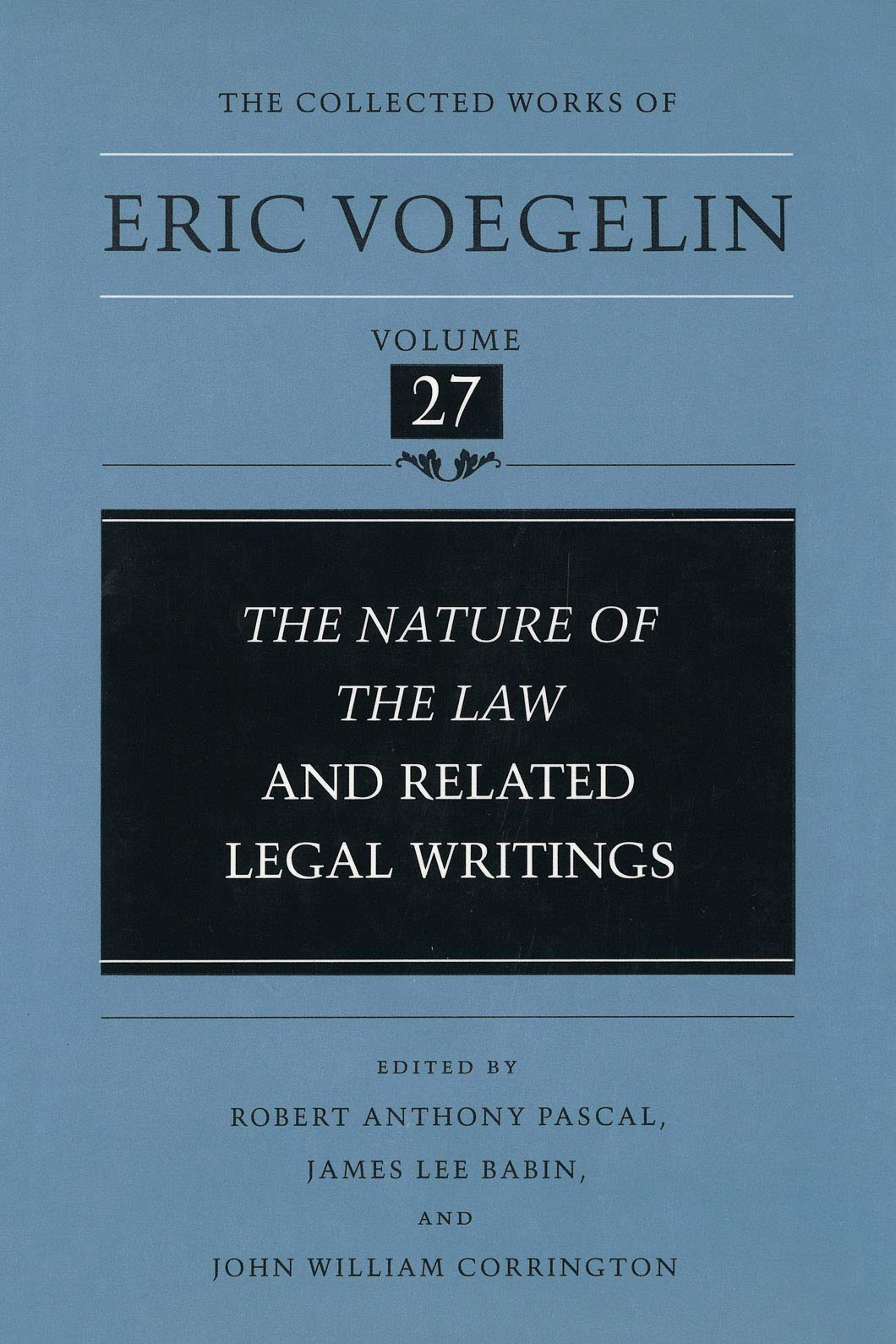 What is the essence of law? Asking that question raises a host of innumerable and perhaps unsolvable problems.  Is law an aggregate of rules or is it embodied in complex structures? If we say there are essential aspects of law, as our question implies, does that mean there are unessential parts of the law?  That doesn’t seem right.

Voegelin’s tentative answer is that the essence of law emerges from a tension between concrete orders on one hand and the underlying structure on the other.  These latter structures appear in human history as the Egyptian maat, the Greek nomos/logos, Israelite revelation, Chinese Tao, etc. (Of course, Voegelin is not implying that the above structures are equally valid or interchangeable, only that there are such structures that aren’t reducible to space and time).

If on the other hand, like a positivist, we say that law is simply an aggregate of rules, then the following problems ensue.  Does the legal order’s essence change if older rules are invalidated by new ones (Voegelin 13)? This means that every time Congress passes a new law, the entire legal order changes.  This doesn’t seem right, either. This is the historic problem of maintaining identity in time.

It gets worse, though.  We have Zeno’s problem. The positivist may respond: “They aren’t an aggregate of rules but rather links in a chain.”  There is something to this, but there is also a problem. Law also has a time-element. In this case, “every aggregate of rules in the series called ‘legal order’ belongs to a past in which it is no longer valid and to a future which does not yet exist. Law has disappeared” (17).

Zeno’s paradox is valid if we try to view motion as a thing. In this case, the legal act is a static point on a line. The problem is that a realm of meanings has no time dimension.  The meanings may refer to objects in time, but they themselves aren’t in time (18).

Voegelin now explores aspects of a valid social order. Ancient man saw law as the substance of order (25). The substance pervades the whole of society. This lasting structure of order is “the structure of human existence in society” (40).

Rules/laws are embedded in the context of a law-making process, which itself is embedded in a larger order.  In this tension we find the “Ought,” that which forces our obedience to a law (48-49).

Plato and Aristotle were aware that their schemes would have been seen as utopian.  That’s not the point. Social order was decaying. Had they tried to implement their ideas, there would have been a bloodbath. They weren’t revolutionaries, after all.   Rather, they inquired into the true order of society–the Logos–the living reality of the well-ordered soul of the philosopher.