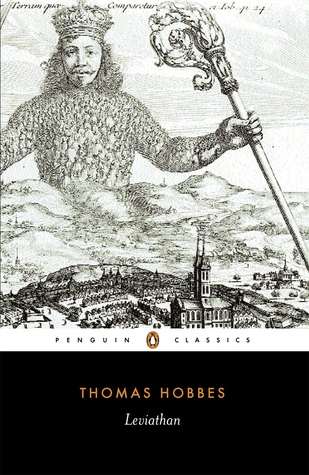 In the beginning of his treatise Hobbes stays very close to the “Received Tradition.” He does make some troubling moves, though, and quite subtlely. He rejects the idea of a “Summum Bonum.” His definition of natural law leaves out any reference to the eternal law or the mind of God. He views liberty as a zero-sum game.

Anthropology: Hobbes begins with anthropology, and his politics are logical inferences from it. Hobbes defines a “Body” as that which occupies space. Substance is matter, synonymous with body. The soul is simply the body living. He specifically rejects the idea that the soul is distinct from the body (639). Hobbes has defined man in purely material terms.

Not surprisingly, Hobbes rejects free agency. Liberty and necessity are the same thing: what a man does he freely does. Yet every act of man has a desire, and so a cause. And from that another cause, all the way back to the First Cause. This appears to be Jonathan Edwards’ view as well.

Social Contract: before the institution of the commonwealth, every man had a right to everything and by any means to preserve his own (354). This means that the State can never make an unjust law.
P1: Justice is when two agree to an exchange (if you didn’t agree, you wouldn’t do the exchange).
P2: You agreed to invest the state with authority (social contract).
________________
Therefore, any law the state makes automatically has your agreement.

Zero-Sum ethics: Hobbes holds that what is mine cannot be yours; if the state has liberty, then the subject to that degree cannot. Since there is no summum bonum, there can be no sharing in the ultimate good. This, plain and simple, is the economics of Hell. Hobbes is not a pure capitalist, though. He argues elsewhere against private charity and for state welfare (387).

Hobbes argues that religious persecution is impossible, since 1) the state can’t do wrong, and 2) only martyrs can be persecuted. Further (2a) a person can only be a martyr if they have seen the risen Jesus, which rules out everyone after the Apostle John. Therefore, no one today can be a martyr. Keep in mind that thousands of Scottish Covenanters were being butchered on the basis of Hobbes’ argument. This reminds me of a time at RTS when a local Reformed pastor came in the book store and told me that he held to Hobbes’s view of the state. I kept my mouth shut because I didn’t want to end up in a FEMA camp.

My critique will follow Dabney’s (The Sensualistic Philosophy, pp. 15-20). Hobbes has to pay a high price for his materialism. If everything reduces to sensation, then whence come numbers, mind, any correspondence between my mind and the external world, all a priori judgments, logic, and abstract entities?

If everything is sensation, then what unites the sensations? (Hume’s famous line “a bundle of sensations”) Hobbes would have to answer yet another sensation. But what unites that sensation to the previous sensations? Ad infinitum. If Hobbes bites the bullet and rejects the need for a unity, then he needs to give up concepts like identity (and probably the concept of “concept” itself). This is the fatal consequence in rejecting philosophical realism. Hobbes is split between the One and the Many. His power-state collapses everything into the One, yet his nominalism reduces everything to an aggregate of an unconnected Many.

I give the book 1 star for its demonic content and 5 stars for its influence. Indeed, rebutting Hobbes is like casting down demonic strongholds (2 Corinthians 10). It’s fairly easy to read and there is no mistaking its influence (the “Father of Political Science”)