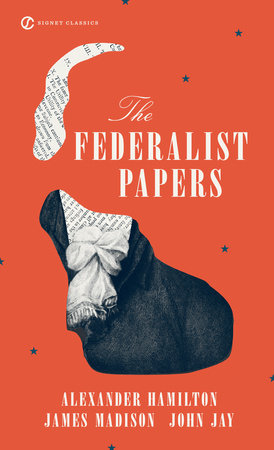 atrick Henry’s most famous line was “Give me Liberty or Give me Death!” Alexander Hamilton probably said “Give up your liberties, or we’re all going to die!”  While there is much wisdom in Madison’s remarks, the same really can’t be said for Hamilton. And while many of their predictions proved quite wrong, and one can argue that the challenges of the anti-federalists were never really answered, it doesn’t seem we can go back to pre-1789 America.  To suggest otherwise is LARPing.

(1) America’s prosperity is traced back to being united via prayers and efforts by the wisest citizens (31).

No. 10.  This is one of the most important papers in the whole book. How do you stop factions from arising?  Madison proposes to control the adverse effects from having many factions (which he grants as inevitable).  He has some nice comments on the nature of a republic, but he seems to think that his Anti-Federalist opponents advocate Athenian democracy, which is absurd.

He makes a very interesting economic aside, warning against “the rage for paper money, for an abolition of debts, for an equal division of property.”

Before we begin we need to note Hamilton’s rhetoric.  He calls anyone who disagrees with him a “bigoted idoliser” (No. 80).

No. 11.  Alexander Hamilton’s mercantilism is on full display. He comes very close to declaring economic warfare on….well….everybody. And the only way this is possible is with a great navy.  This is starting to sound a lot like Great Britain! In Federalist No. 13 he is already speaking of “empire.”

No. 17.  The obvious rejoinder to anything Hamilton says is, “Doesn’t this make the government too powerful?”  Hamilton’s naivete is on full display. Presumably with a straight face he responds, “I confess that I am at a loss to discover what temptation the persons entrusted with the administration of the general government could ever feel to divest the States of the authorities of that description.” In fact, he says that it is far more easy for the state governments to encroach upon the federal government.  I actually think he is serious.

No. 19.  It’s somewhat fashionable to find “covenantal elements” in the American founding, and while that might be true in some areas, it is not true in Hamilton.  He openly attacks a true covenantal society. He looks at parts of Europe (which reflected Althusius’s model) of descending covenantal structures (Empire → Sovereigns → congresses).  Hamilton says this is a nerveless body.

No. 21. Hamilton warns against a particular state conquering the entire Union and eradicating liberties.  He never once considers whether a Union can eradicate the liberties of particular states. Every sentence in this article is either special pleading, historically wrong, or patronizing.  He justifies taxes on goods because it will contain the excesses of immoderate desires! In the last paragraph he actually argues for “no limits to the discretion of the government” regarding taxes.

No. 24.  Hamilton’s main goal is to get a navy. “If we mean to be a commercial people, or even to be secure on our Atlantic side, we must endeavor, as soon as possible, to have a navy.”

No. 28.  Hamilton’s remarks should send chills down the spine of every patriot: “Power being almost always the rival of power, the general government will at all times stand ready to check the usurpations of the state governments, and these will have the same disposition towards the general government.”  This is called a dialectic of oppositions.

No. 31.  The Federal government should have “unqualified power of taxation in the ordinary modes.”

The next error isn’t entirely Hamilton’s fault.  Everyone in that day thought the showdown and danger to American liberty would be a battle of Congress vs. President.  No one realized that the true tyranny would be the Supreme Court.

No. 39.  Madison’s essays, by contrast, are quite informative.  He clarifies the distinctions between federal and national governments.

No. 51.  Here we have Madison’s famous line “Ambition must be made to counteract ambition.”  He understands the problem: one side of govt will try to get stronger than the other sides.  His solution is to play every side against the other. This will work for a while, but it is intellectually and ethically unstable.  This flaw was seen as early as St Augustine in City of God. If men aren’t controlled by virtue, then they will seek to expand the sub-virtuous elements.  That’s why we don’t build a social order on playing vice against vice.

(3*) Jay asks how a divided confederacy can withstand an invasion.  Yet, was that not the very situation of the War for Independence?

(4*) He notes that Britain could not have successfully lived as a divided island.  Fair enough, but Britain is so much smaller, which is the Anti-Federalists’ very point.

With all of that said, there are numerous snippets of wisdom.  Either Hamilton or Madison notes that “the object of a government is the happiness of its people (defined in the classical sense).  And in a very non Hamiltonian strain, we see that “It will be of little avail to the people that the laws are made by men of their own choice, if the laws be so voluminous that they cannot be read, or so incoherent that they cannot be understood” (No. 62).  In other words, the US Tax Code.