Writing a book on worldview is so passe.  What really gets people uncomfortable is writing on the supernatural.  We believe in it on paper–as long as it stays on paper. Michael Heiser, by contrast, gives a mini-systematic theology around the Supernatural.

A brief summary: God’s Household has a layered authority: high king → elite administrators → low-level personnel.  Psalm 82 is the clearest example in the OT (25). The first Elohim in 82:1 is singular, since it has a singular verbal form (stands).  The second is plural, “since the preposition in front of it (“in the midst of”) requires more than one.” 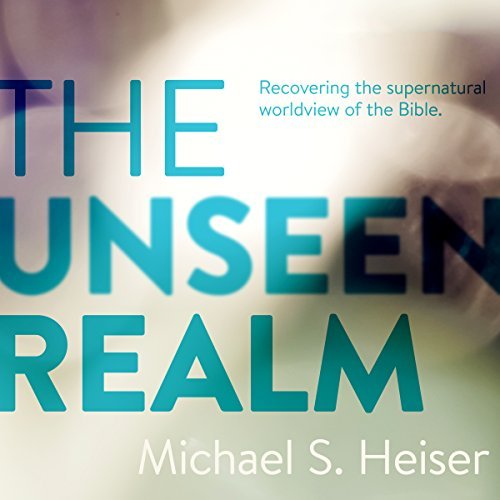 Verse 10: why does God tell him he will die the death of uncircumcised strangers?  He is (presumably) a Phoenician and would be uncircumcised anyway (77). The answer: he is sent to the underworld where there were uncircumcised warrior-kings (Ezek. 32.21; 24-30; 32; Isa. 14.9). This is the place of the Rephaim.

Most people can probably take the argument so far.  Yeah, the Hebrew says that. We might not like it, but it says it.  The next part is the real struggle for belief, though it makes sense to me.

Argument:  The serpent (Nachash) is a substantival adjective.  He is a serpentine being. This bothers people for some reason.  He reminds you of a snake, but he’s not really a snake.  Although Heiser doesn’t make this next point, this isn’t all that far removed from a lot of UFO occult phenomena.

I can go further out on the limb here: could the Nachash, or something like it, be what David Icke fantasizes about?  I don’t buy into the Reptilian thesis, at least not how Icke or Sitchin take it, but if those guys are demon possessed/demonized, then they really could be seeing something reptilian.  It’s not logically impossible.

Why wasn’t Eve afraid of a talking snake, if we take the story literally?  Eve was in the garden, which was the meeting place between the heavenly realm and earth.  She knew she was talking to an elohim. Ancient man knew that animals really couldn’t talk. Another common sense observation: if the enemy in the garden was a supernatural being, then he wasn’t a mere snake.

Heiser then connects the nachash to events in Isaiah 14 and Ezekiel 28: the prince of Tyre considers himself an el, who sits in the moshab elohim.

God scattered the nations in Gen. 11; Deut. 32:8-9 describes it as disinheriting.

Key idea: God gave ownership of the Table of Nations to the divine council (113). Deut. 4:19-20 makes this clear. Psalm 82 judges these elohim for doing a bad job, and then urges God to rise up for he shall inherit the nations.

This is where the fun begins. Are the entities in Genesis 6 the line of Seth or the Watchers?

However the Israelites would have interpreted Gen. 6, it is certain they wouldn’t have demythologized the text. The real problem for most is how can an incorporeal being physically interact with a corporeal world?  This is a big problem in analytic philosophy. It is related to the problem of divine action. On a supernatural worldview, it is no problem. But if you are a conservative Christian and hold to the other line of thinking, then you need to explain the following?

Does Matt. 22:23-33 rule out the supernatural view? The Bible tells of angels physically interacting with humans. Some considerations:

3.This event is far less radical in what is required of a belief than the Incarnation.

Space prevents me from developing all of Heiser’s points.  The book is fantastic and I am glad to see it getting a wide readership.  I do think it could have been shorter. While I understand his point about free will and divine foreknowledge, the study of counterfactuals has come a long way and there are answers and alternatives to what he has given.